Aquarium Enthusiasts abound! If you’re a hobbyist or professional, UV Sterilization is up your ally!

Saltwater and Freshwater Enthusiasts alike are constantly looking for better ways to help them keep their aquariums clean and safe – let our UV Sterilizers help with the heavy lifting.

Aqua Ultraviolet has over four decades of experience in manufacturing UV sterilizers for aquariums to provide custom solutions to a wide variety of applications.

Ultraviolet (UV) light is a form of light that is invisible to the human eye.  It occupies the portion of the electromagnetic spectrum between x-rays and visible light.  A unique characteristic of UV light is that a specific range of its wavelengths, those between 200 and 300 nanometers (billionths of a meter), are categorized as germicidal – meaning they are capable of inactivating microorganisms, such as bacteria, viruses, and protozoa. 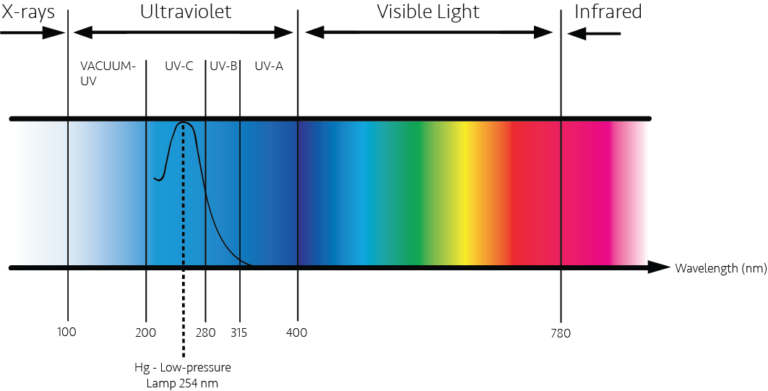 How to Install an Aquarium UV Sterilizer in the Sump

Video By: Barbs Buzzin  – We Turned a Swimming Pool into a Fish Aquarium!! (pond reveal) 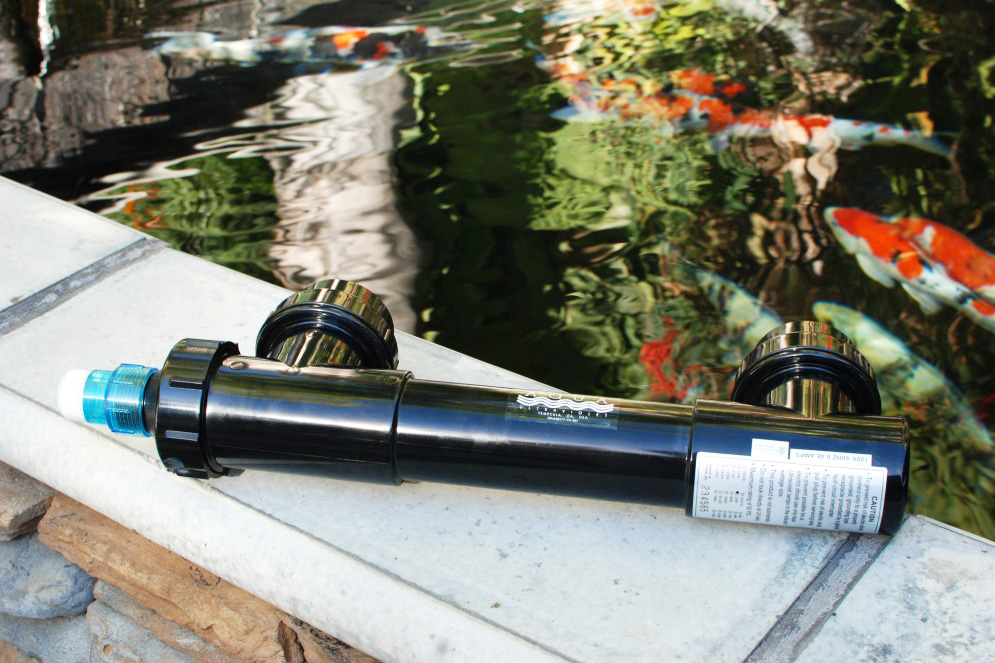 Aeromonas is a type of bacteria that is commonly found in freshwater ponds and aquariums.  This germ can cause disease in fish and amphibians. Aeromonas can cause discoloration of the limbs of amphibians and the fins of fish. It can also cause internal bleeding in these aquatic animals. People can become infected through open wounds or by drinking contaminated water.  Young children and adults with weak immune systems are most commonly affected and may have diarrhea or blood infections. Maintaining good water quality in aquariums with Aqua UV Sterilizers, promptly removing dead fish, and practicing healthy habits, including handwashing, will reduce the risk of Aeromonas infection.

Mycobacterium marinum is a type of bacteria that causes disease in fish, reptiles, and amphibians. This germ is found in freshwater ponds and aquariums. It is spread to people and animals through contaminated aquarium water. All fish are susceptible to mycobacteriosis. This disease is typically slow-growing in fish but can affect some fish more quickly. Affected fish may show no signs of illness or may stop eating, lose their fins or scales, develop sores, or appear deformed. People can become infected with Mycobacterium marinum by having direct contact with infected animals or contaminated water (for example, contaminated ponds or aquariums). The most common sign of infection is the development of a skin infection.  In very rare cases, the bacteria can spread throughout the body systems.  Infections progress slowly and may get better on their own. In some instances, antibiotics and surgical wound treatments are required to prevent deep infection.

Salmonella is a type of bacteria that spreads to people and animals through contaminated food or contact with the stool or habitat of certain animals, including fish. An animal’s aquarium or terrarium may also be a source of Salmonella.  Fish carrying Salmonella often do not show any signs of disease. Aquariums that contain reptiles or amphibians in addition to fish are at a higher risk for having Salmonella.

People infected with Salmonella might have diarrhea, vomiting, fever, or abdominal cramps. Infants, elderly persons, and those with weakened immune systems are more likely than others to develop severe illness.

Streptococcus iniae is a type of bacteria that causes serious disease in fish. Fish dying from streptococcal disease often have a disoriented, whirling motion at the water surface, hence the common name of “mad fish disease.” Fish affected by this disease may have small red areas on their skin and may develop a swollen abdomen and bulging eyes.

People, especially those with open skin abrasions or scrapes, could get infected by Streptococcus iniae bacteria while handling fish or cleaning aquariums. Affected people usually develop a skin infection at the site of open cuts or scrapes. Though rare, more serious illnesses can happen in people with weakened immune systems.

Have any Questions about Aquarium Aqua UV Sterilizers for Aquariums?

Contact us today via email or by phone at (800) 454-2725 for more information on aquarium UV Sterilizers.